The German International School of Silicon Valley (GISSV) is an independent, nonprofit Preschool–Grade 12 international school with two locations in the San Francisco Bay Area. We are a center for cross-cultural exchange.

GISSV's programs are created to meet the needs of families looking for a quality bilingual education. Our school is an optimal choice for families in the Bay Area. GISSV's pedagogical approach ensures that students are prepared for a smooth transition into the American and European educational systems.

On our campuses in Mountain View and San Francisco, we are committed to helping students reach their full potential in a stimulating environment that fosters critical and imaginative thinking as well as an appreciation for cultural diversity. Our programs focus on dual-immersion language education and its application in science and social studies as well as in arts and sports. Our experienced faculty uses innovative and differentiated teaching methods that encourage independent thinking and a passion for lifelong learning.

We welcome families from all cultural and language backgrounds and are accredited by the German Government and the Western Association of Schools and Colleges (WASC).

German School Abroad
We are part of the worldwide network of German schools abroad, a system that is supervised by the German Federal Foreign Office.

Two Campuses - One School
Both our locations and school divisions works together to create a cohesive educational experience across grades and campuses. Our schools are united in their dedication to our mission, including vigorous scholarship and a stimulating learning environment that fosters a passion for lifelong learning and an appreciation for cultural diversity.

More than seven million Germans have emigrated to the USA since the arrival of German Mennonites in Pennsylvania in 1683, and now more Americans trace their heritage back to German ancestry than any other nationality. The Consulate General of the Federal Republic of Germany in San Francisco estimates there are 30,000 German speakers in the San Francisco Bay Area.

Founding of the School in Mountain View

United by a desire for a German and California accredited curriculum, six German and American families formed and incorporated the German School of Silicon Valley (GSSV) in November of 1999. Instruction began in February 2000 with 34 students. In July 2000, the school moved to the site of the former Whisman Elementary School in Mountain View and two years later, the GSSV obtained a 20-year lease with the city of Mountain View. In 2003, the GSSV officially changed its name to German International School of Silicon Valley (GISSV) to better reflect the school’s multicultural and multiethnic student body combined with a pioneering multilingual school concept with the goal of serving Preschool through Grade 12 with the Abitur, while also fulfilling the requirements for a Californian High School Diploma.

After significant interest and support from parents in the City, GISSV also opened a campus in San Francisco. The campus officially opened in August 2011 in a historic Craftsman building near the Golden Gate Bridge in the Presidio. Over the years it grew into three buildings and eventually outgrow the location.

In August 2020 the campus moved to the centrally located Castro/ Eureka Valley.

After starting with just one Kindergarten class in 2011 and one grade added per year we could establish a full Preschool-8 program in the 2020/21 school year - with the oping of our San Francisco preschool on the new location. As the newest addition a 9th grade lab class will be added (spanning over both locations) in the 2022/23 school year.

GISSV has about 550 enrolled students at its two locations. Primary languages spoken at home by GISSV students include English, German, Spanish, Italian, Arabic, Korean, and Chinese. Both campuses offer the same dual language program which features an academically rigorous curriculum with quality instructors and small class sizes. It is unique in that it is one of only five recognized German schools abroad in the United States and the only one offering a High School Diploma on the West Coast. Advantages of being accredited as a German school abroad include report cards recognized in Germany, accredited diplomas (German International Abitur and High School Diploma,) and ongoing support from the German government. The fully bilingual approach helps enable seamless entry into both the American and European educational systems and offers graduates the opportunity to qualify for both American and European universities.

Since its founding, GISSV has been active in its school development. It took part in several methods of evaluation (self-evaluations "SEIS", Peer Reviews) and took those results to prioritize development areas. Those were used to further the quality development process.

In 2019 the Seal of Excellence "Exzellente Deutsche Auslandsschule" for Official German Schools Abroad was renewed with outstanding results!

The Mission Statement, established in 2005, describes the philosophy of the school. The core educational mandate and the social and cultural role of GISSV's international focus in the U.S. are stressed.

The Vision contains eight guiding principles which describe the goals GISSV is striving for. It was developed by representatives of students, Board members, parents, administrative and teaching staff in 2010.

In 2011, GISSV brought all the high school students and teachers as well as parents together to define expected schoolwide learning results (ESLRs). Those show the qualities and competencies a GISSV graduate acquires during his/her time at GISSV.

Based on these documents, the teaching staff and the administration determined the central focus areas of school development.

In 2021 the accreditation "MINT-freundliche Schule" (STEM Friendly School) was renewed and in the 2019/20 school year GISSV received the seal "Digitale Schule" (Digital School).

GISSV's Berkeley/East Bay Campus first opened in August of 2007. A parent group teamed up with the existing GISSV in Mountain View and jointly embarked on opening a Berkeley campus as an extension of the existing Preschool-12 program - starting in Kensington, the school moved to the landmark Hillside School in Berkeley in 2012. After moving to its current location in Emeryville in 2017. The school proceeds now as EBGIS - a locally-managed, independent school (starting in the 2018/19 school year).

Our dual-language program is interdisciplinary and provides rich project-based and differentiated learning experiences, nurturing holistic and individual development. We provide small class sizes, an excellent student-to-teacher ratio and safe, stimulating learning environments. We also move and think beyond the classroom by exploring all the cultural, natural, academic and entrepreneurial destinations the Bay Area has to offer.

All GISSV programs are dual language and based on the German curriculum of the state of Thuringia, which is known and respected for its well-rounded educational approach, fostering interests across all academic disciplines as well as social-emotional competency, critical thinking, artistic expression and physical motor skills. Our curricula for English, American History and Economics are based on the Common Core Standards. We feature a strong science program and are a recognized MINT (the German equivalent to STEM) school. Specialty classes such as sports, music, the arts, as well as third and fourth languages, all taught by professionally trained specialists, are an integral part of the day at GISSV.

We offer innovative teaching approaches that place the needs and interests of students at the center.

Our curriculum is supported and enhanced by comprehensive science and technology resources, such as SMART boards, iPads, laptops and supplies for hands-on science experiments.

We believe in the importance of continuity and a strong bond between student and teacher for optimal learning success. Most of our teachers stay with a class as homeroom teacher throughout the course of one four-year school division.

The shared curriculum approach of all GISSV programs enables a smooth transition between all grade levels for our students.

Children learning in
a German school
will not only benefit
from learning a second language
but from a curriculum
built with innovation,
independence and creativity.
> Learn more. 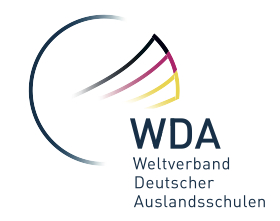 We are a PASCH school, are acknowledged as a MINT school (the German equivalent to STEM) - awarded as Digital School -, and are a project partner at Schule der Vielfalt (School for Diversity).