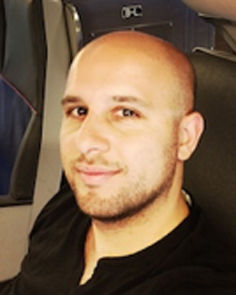 Wael Ghandour is a security engineering leader and subject-matter-expert at VMware. The last 18 years of his network and security-focused career have spanned various parts of the world including Dubai, Toronto, and the Bay Area.

Born in Beirut, Wael attended the German school 'Deutsche Schule Beirut' and majored in Computer Science at the American University of Beirut.

Speaking four languages has made him acutely aware of the immense value that a multilingual education brings to one's life, especially in a world where careers are more likely to involve distributed teams in multiple geographies.

The impact of the German school on his life starts with the school that survived against all odds throughout the brutal civil war in Beirut. Beyond the value of learning multiple languages, Wael strongly believes that the German school prepared him for his life ahead in ways he could only grasp as an adult. It is for that reason and more that one of the first things him and his wife decided upon arriving in the Bay Area was to plan ahead and insure that their children would attend GISSV.