Seven GISSV students attended the Berkeley Model United Nations on the UC Berkeley campus, along with 1,900 other high school students from around the world.

From March 1-3, seven GISSV students attended the 67th annual session of the Berkeley Model United Nations (BMUN) on the UC Berkeley campus, along with 1,900 other high school students from around the world. This year the conference hosted 22 committees that involved a wide range of topics from technological, environmental, and cultural issues. Over the span of three days, the students represented diplomats from the Czech Republic, Kuwait, and Nepal to debate and write resolutions on topics such as: combating cyber terrorism, development in smart cities, and population mitigation in Asia. While many students successfully sponsored resolutions to the demanding crisis and actively participated in solving global issues in the debate, two students, Carmen R. and Sarah K. were also able to win a research award! 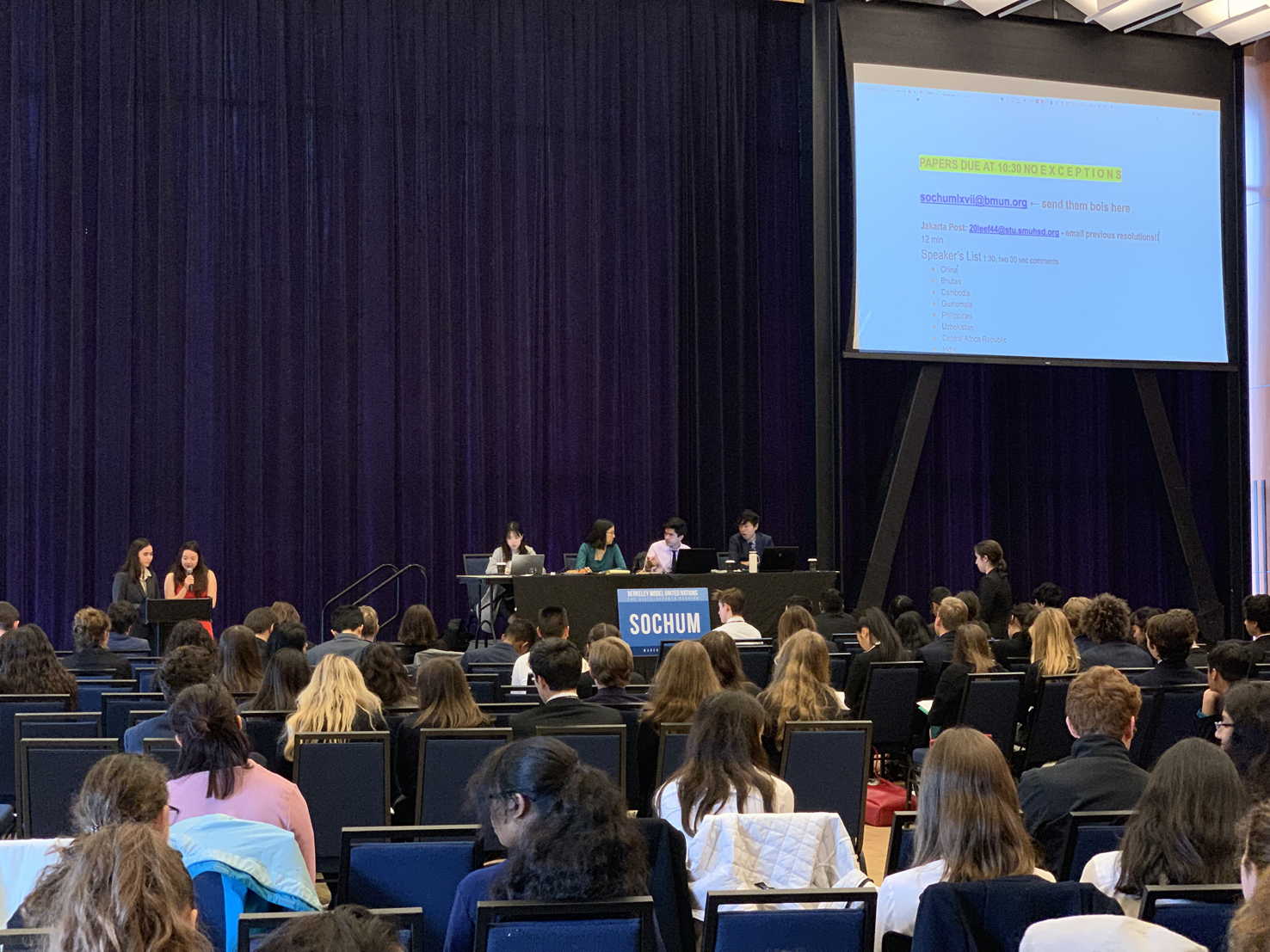 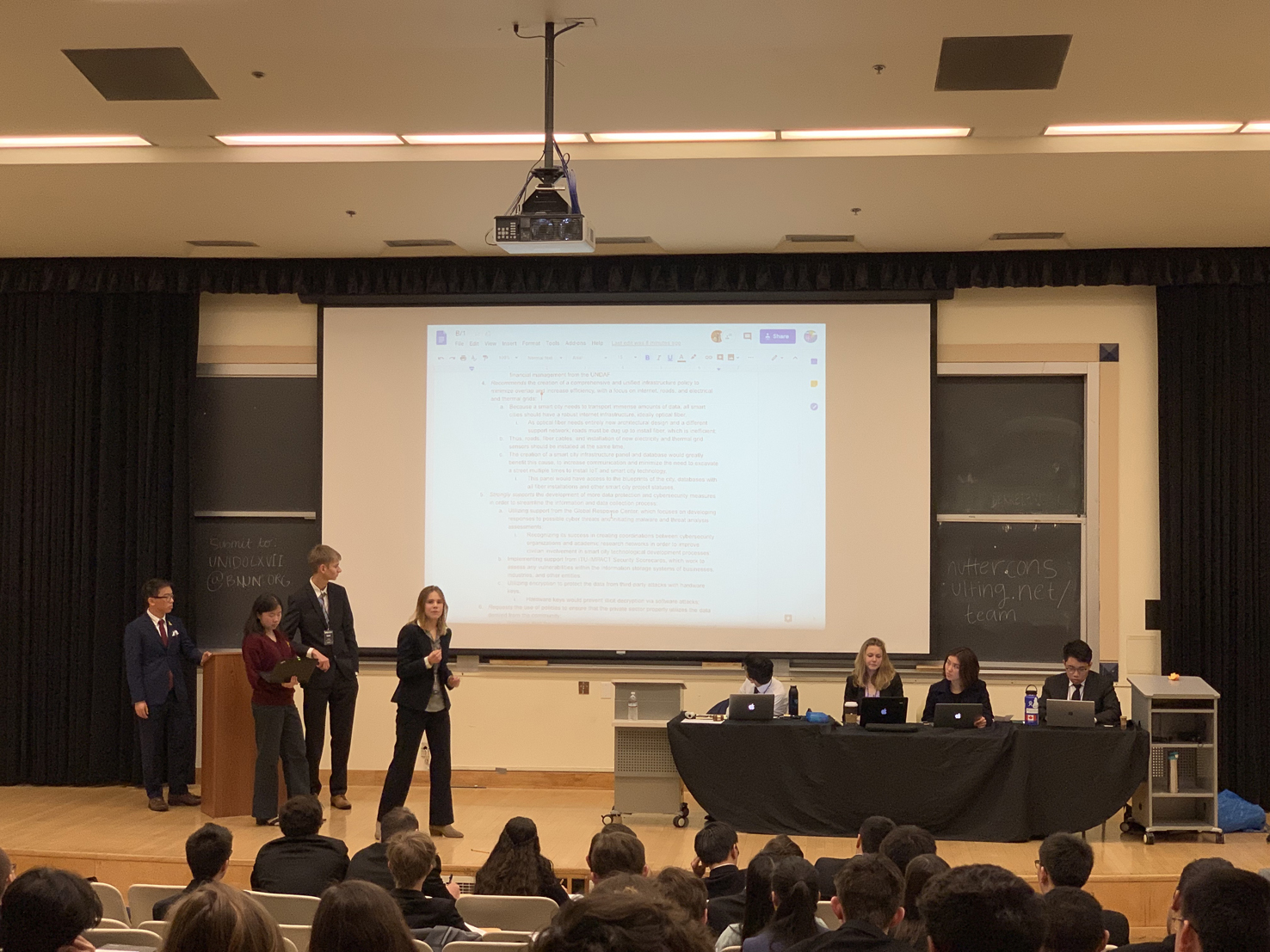 The club would like to thank Mr. Lentzen for guiding us through this eventful weekend. This conference wouldn't have been possible without his mentoring and diligent work.