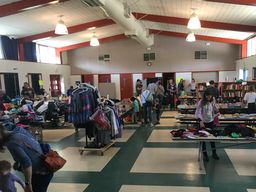 Our Rummage Sale took place last weekend and a group of parents was working hard to make it happen.

In our neck of the (Northern California) woods, days are getting longer, drier, and warmer, which can only mean one thing: it's time for a good spring cleaning. Consequently, spring cleaning can only mean upholding the timeless tradition of having a rummage sale. In antiquity, the ancient Greeks took to the Agora, while the Romans held Fora (meaning more than one Forum) to commercialize what was undoubtedly the products of their winter, spring, summer or fall cleaning. Mexico's Tianguis and the Persian Bāzār exemplify other modern-day remnants of historical places humans have utilized to trade goods. A "rummage sale" originally was a sale at docks of unclaimed goods.

The Annual GISSV Rummage Sale gives our school community and its neighbors a chance to follow the advice of declutterer extraordinaire Marie Kondo to jettison that which "does not spark joy" in our lives. And, as is the case with most anything that happens at GISSV, there is generally a group of parents working hard in front and behind the scenes to make it happen.

According to the Oxford English Living Dictionaries, the expression "flea market" comes from the French marché aux puces, which was "a name originally given to a market in Paris [specializing] in shabby second-hand goods of the kind that might contain fleas." Albert LaFarge, author of U.S. Flea Market Directory, says, "Today's American flea market is a modern version of a phenomenon that has endured throughout history in all civilized societies - wherever there is a high concentration of people, there will be market days when they assemble for the exchange of goods and services." Whether it's called a rummage sale or Flohmarkt, its purpose remains the same: to get some value out of one's unwanted stuff. 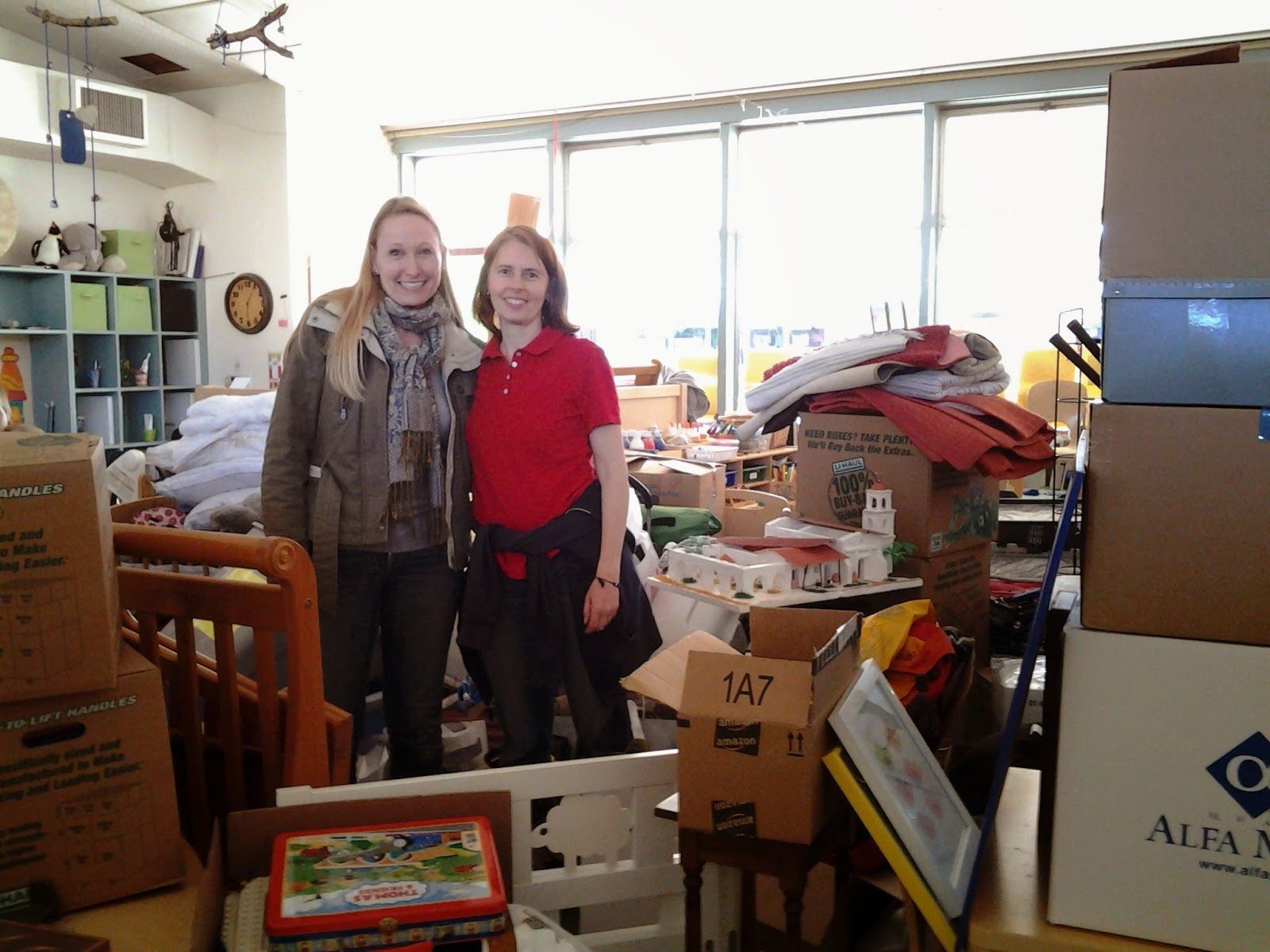 As our GISSV community achieved a certain "concentration of people," parents Christine Hees and Karin Lueth organized the first rummage sale in 2013 (see photo), working with the priceless help and support of many other parents. Together, the team requested donations, selected a convenient and timely weekend, publicized the event, set up the tables, received, sorted and priced the goods, and assisted eager shoppers in satisfying their taste for bargains, all in one day. With fondness, Christine Hees recalls, "The first rummage sale was a very special adventure. We had to store all donations in a Kibili homeroom overnight, and carried everything to the Multipurpose Room at dawn. By 8 am, a long line of customers had formed in front of the MPR, patiently waiting for the doors to be opened. Many happy smiles could be seen on the way out, having found a special something at a great price." She adds, "This was the best reward for all the hard work - a little girl dancing away with her new tap shoes, or a boy excited for a new truck."

Anyone who ever has tried to dispose of used goods can attest to folks' proclivity to find treasures in other people's trash heaps. Add to that today's green living demands to reuse and repurpose anything from clothing, shoes, jewelry, and accessories to household items, furniture, and small appliances, and you have a recipe for success. At GISSV, parent volunteers translate this will to pare down and sell into a way that makes it easy for buyers to help the school by flexing their purchasing muscle. There is, of course, a coordinator. In addition to Christine Hees and Karin Lueth, Sheila Muto and Gisela Qasim also have led teams of parents in this endeavor. This year's coordinator, Tina Pocock, enjoys the support of more than two dozen parent volunteers. Tina reiterates that "it's a team effort to make sure it all aligns in end. If not for [GISSV office] staff and parents, it wouldn't happen!"

Over the last seven years, the financial rewards of the sale and how much the school benefits from these efforts has become a GISSV tradition. The way it works exemplifies our community's "sweat equity" to enhance GISSV: Anyone who is looking to help the school and make room in their garage brings donations all day, typically on the first Friday of May. Parent volunteers are at the ready to receive these donations. Later that day, from 1:30 to 5 pm, GISSV parents, staff, and teachers enjoy the pre-sale, to get the pick of the flea market crop. While most volunteers work on shifts, many show up at the crack of dawn on all sale days. The market officially opens to the public from 9 am to 2 pm on Saturday. For the first time this year, the sale continues from 9 am to noon on Sunday; the additional day rewards last-minute shoppers with the luring offer to fill their bags for $5. Despite such attractive low prices, there are some exceptionally kind-hearted and generous shoppers who, according to Tina Pocock, will pay more than the listed price, just so they can provide additional funds for the school.

Some of the most unusual or unique items donated for the sale include the tap shoes mentioned above, a fur coat, an enticing Gucci handbag, and a complete set of a book lover's collection with over 500 books. Given the source of donations, it is not surprising that the most popular items are HABA toys as well as all kinds of German-brand goods. Even that most practical of kitchen items, a Roemertopf once found a new home at the sale.

As with all sales, there are leftovers, most of which include clothes in every size. What does not sell, even at Sunday's seductive $5-a-bag price, gets donated to Goodwill. "We could not have done these fundraisers without our team of parents," says co-founder Christine Hees. "A special thanks goes to the many spontaneous helpers that jumped in when we were short on volunteers. Also, we were especially thankful for the 7 am Saturday morning shift for getting up so early! All our efforts did pay off with over $4,000 raised for the school," she asserts.

The Annual GISSV Flohmarkt may not contain any fleas, but it does provide a chance to engage in one of humanity's time-honored traditions: trading one's old goods for someone else's old goods and get some cash out of them in the process. Again, Tina Pocock observes "You drop off stuff, you browse through the aisles, and then you go home with more than you brought. But, at the end of the day, the school made some money and that's what counts!"